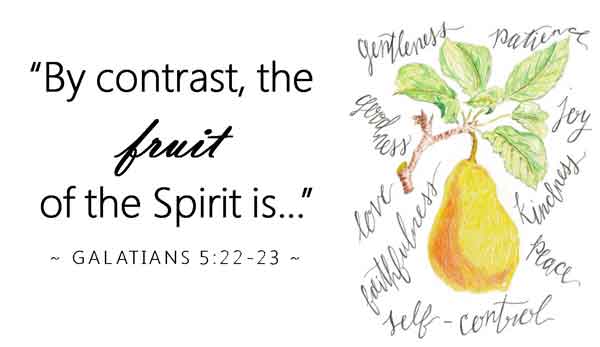 “The Fruit of the Spirit” from Galatians 5:22 was the theme of the 2018 District Conference. Aggregate attendance on Saturday including youth and children was 389 persons.  This included 226 delegates (including 65 pastors) and 163 non-delegates from 75 congregations.  These participated in the worship, fellowship and spiritual discernment for the district under the leadership of Moderator Debbie Humphrey of the Roanoke, Ninth Street congregation.

Assisting in leadership during conference was Moderator-Elect Roy U. Turpin of the Pleasant Valley  congregation in Floyd County, Virginia, Pam Clark of the Peters Creek congregation who served as Clerk, Hannah Oakes of the Summerdean congregation who served as Timekeeper, and Daniel L. Rudy of the Roanoke, Ninth Street congregation who served as Parliamentarian.  Donita Keister, 2019 Moderator of the Church of the Brethren Annual Conference, preached Friday night on the conference theme. The president of Bethany Theological Seminary, the graduate school of theology of the Church of the Brethren, Jeff Carter, spoke both Friday night at the Ministers and Spouses dinner and during the Saturday morning worship. Members of the praise team on Friday evening were Paul and Karen Stutzman (Fraternity), Andy and Courtney Duffey (Antioch) and Aaron and Traci Lavinder (Germantown Brick). Attendees were blessed by many gifted musicians: Karen Stutzman, chorister on Friday (Fraternity), Dewey Williard, pianist on Friday (Fraternity), Grant Frederick, organist on Friday (Bonsack Baptist), Fonda Wilson, chorister on Saturday (Cloverdale) and Jan Messner (Lynchburg), pianist.

Floyd, Iglesia Cristiana Nueva Vida (New Life Christian Church) was received as a congregation of the Church of the Brethren.

A Friday evening offering of $1,642.26 was received for the Brethren Disaster Ministries (BDM) and a Saturday offering of $2,148.00 to help offset conference expenses.

Moderator Debbie Humphrey installed Roy Turpin as the 2019 Moderator and Cathy S. Huffman as the newly called Moderator-Elect. Brother Roy shared that the focus of the 2019 District Conference will be based on I Corinthians 1:18, “Don’t Hide the Cross.”

The Virlina District is one of twenty-four districts of the denomination and encompasses 93 congregations, fellowships and meeting points with 10,346 members located in Virginia, West Virginia, and North Carolina.    The Church of the Brethren is a denomination of 112,656 members in 1,026 congregations, fellowships and projects throughout the United States. Brethren are noted for an emphasis on peacemaking, reconciliation and service. Related denominations, formed through mission work, are found in Nigeria, India and other nations. Brethren began in Germany as a movement advocating adult profession of faith and baptism by immersion, separation of church and state, and an earnest desire to live out the teachings and example of Jesus Christ.